It’s been niggling away at me all week; a reluctant sense of duty to my employers at ZeroD, chores, adult responsibilities, the ride in and out to work, basic survival – all of that is being put before my writing. I managed to draft a few things, sure. I made some notes I hoped to publish retroactively, in the weekend, of course. It’s 19:00 on Sunday, now.

It’s evident I’m routinely approaching the keyboard well beyond my freshest point in the day, where everything I write seems a little disjointed and smells, conceptually, “funky”. My energies are depleted elsewhere – on the very tasks I’m trying to move on from. I thought it might make for a decent theme this week, at one stage. Much like Ben Kenobi, I was wrong. However, the theme is very much in evidence today. I started a piece on the go about how Narrowboat Winds of Change passed Narrowboat Toto on the river, and everyone over 35 stopped to consider the significance. It was about an hour later I remembered that track was by The Scorpions, in the nineties, not the eighties. And it’s “wind”, singular to boot. In a quick note to Willow, before she logged for the day, I spelled “pooches” wrong. On the subsequent stroll with aforementioned “pouches”, I took the wrong keys and locked myself out of the boat.

Electron issues still plague me. Investigations postponed to the weekend (due to ZeroD obligations, of course) suggest two of the relatively new batteries need coaxed back to life. They were no doubt drained from several nights falling asleep at the keyboard, post-shift, lights on… oh, the irony. I haven’t got the money to replace them, or pay someone to check them out for me. Work in the morning.

So, fully aware of my sluggishness, daylight fading, I elect to jerry rig the engine’s battery, and it’s small solar charger, to the leisure bank to help in the coaxing. What could possibly go wrong? I’ll be sure to let you know.

I take some comfort in the fact it’s clearly more than just my writing which suffers, though. Everything seems to take a back seat to ZeroD at the moment. This makes no sense to me. I know it’s just a job. And not a very good one, at that. It rarely engages me, and they certainly undervalue my efforts. I’m actively seeking alternatives, since a disappointing salary review in December; with a couple of recent interviews… each towards the end of the day, despite my efforts to put those as priority one. In my defence, both have been in distant timezones, so my hands were somewhat tied.

The final question of Friday night’s interview went something along the lines of, “what do you see yourself getting from this role?”. Or at least, I think that’s how it went. Maybe they asked what would *they* get from hiring me? I hope not, because that’s not what I heard, and not what I answered. It was 19:30 on a Friday night after a week – the first 5-day week for a while – of ZeroD’s typical roller-coaster of reactive panic and priority adjustments. 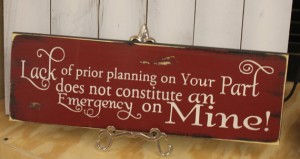 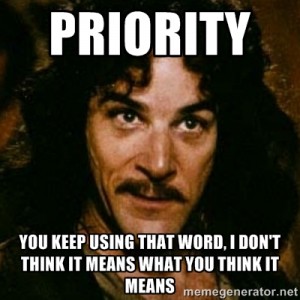 The whole interview may have been a figment of my imagination, frankly. “Vancouver”, said I. That didn’t sound appropriate as it echoed around the lonely third-floor meeting room, words hanging in the air above the speakerphone. “Vancouver, and a salary more in line with my expertise”. Yeah, much better.

I may be at ZeroD for some time.

So, I’m writing this down now, essentially the instant the kernel came to me, before I even wipe the engine grime from my fingers. It’s the company’s laptop anyway, fuck ’em. This has now bubbled up in my personal priorities; taking precedence over a potential shower, or nap, or the lure of a cold pint, 240V electricity, and free wifi at The Adam & Eve.

Then, maybe a nap. Perchance to dream.

One thought on “Ay, there’s the rub”